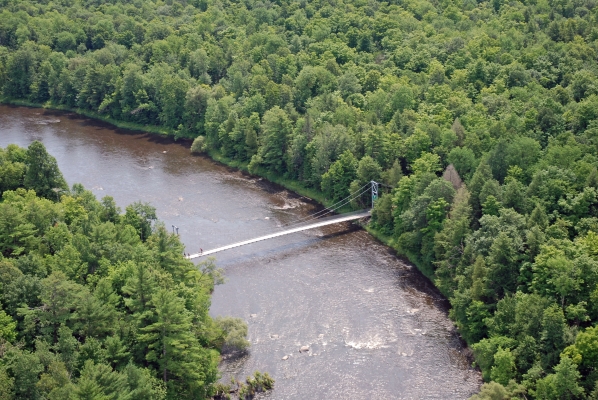 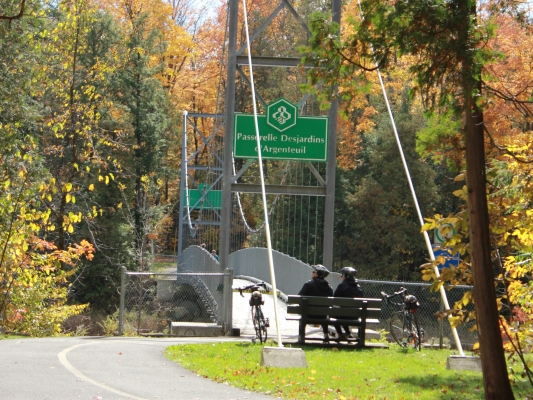 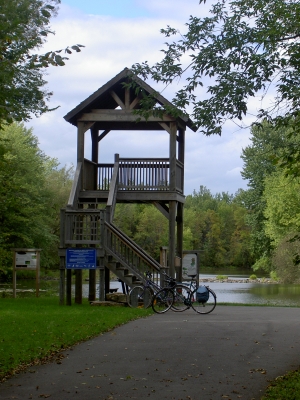 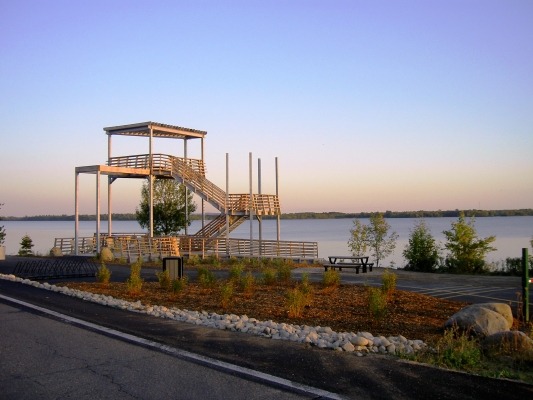 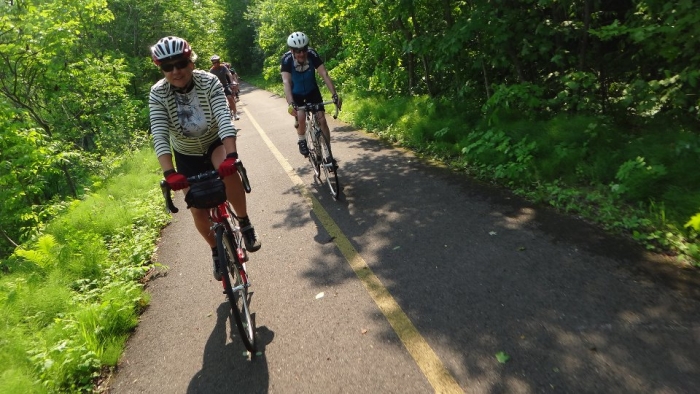 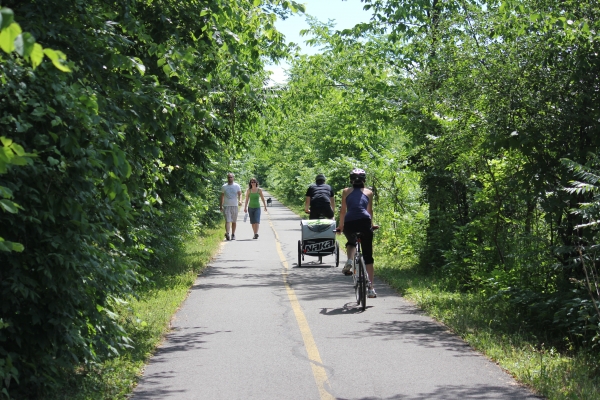 The VéloRoute d’Argenteuil provides 54 km of cyclable paths, with 8 km of asphalted bikeway on site on which cyclists, walkers and hikers can practice their favorite sports in peace and quiet. The majority of the 54-km circuit is on a shared roadway, along Routes 344, 327 and 148. Cyclists have a hard shoulder designed for their use. Some of the shared roadways are set on local municipal roads as well.

Don’t forget to experience the Desjardins d’Argenteuil footbridge, a magnificent work of art suspended over the waters of the Rivière du Nord. Measuring 65 meters in length, it is certainly the most distinctive element you’ll find along the VéloRoute d’Argenteuil.

Running beside the Rivière du Nord, Rivière des Outaouais and Rivière Rouge from east to west, the route includes a number of picnic areas on the waterside, providing some magnificent panoramic views of the area. For a ride with family or friends, the VéloRoute d’Argenteuil is dotted throughout its itinerary with various lodging possibilities and tourist attractions that will please all comers.

In winter, cross-country skiers and snowshoers are welcome to use the 6.5 kms of trails on the main site.

Parking spaces are available at both ends of 6.5-km trail located on the site itself:

Length (km): 54
Part of the Route verte: Oui
Other activities on cycling paths:
Services on the cycle trails:
Sector:
Saint-André-d'Argenteuil